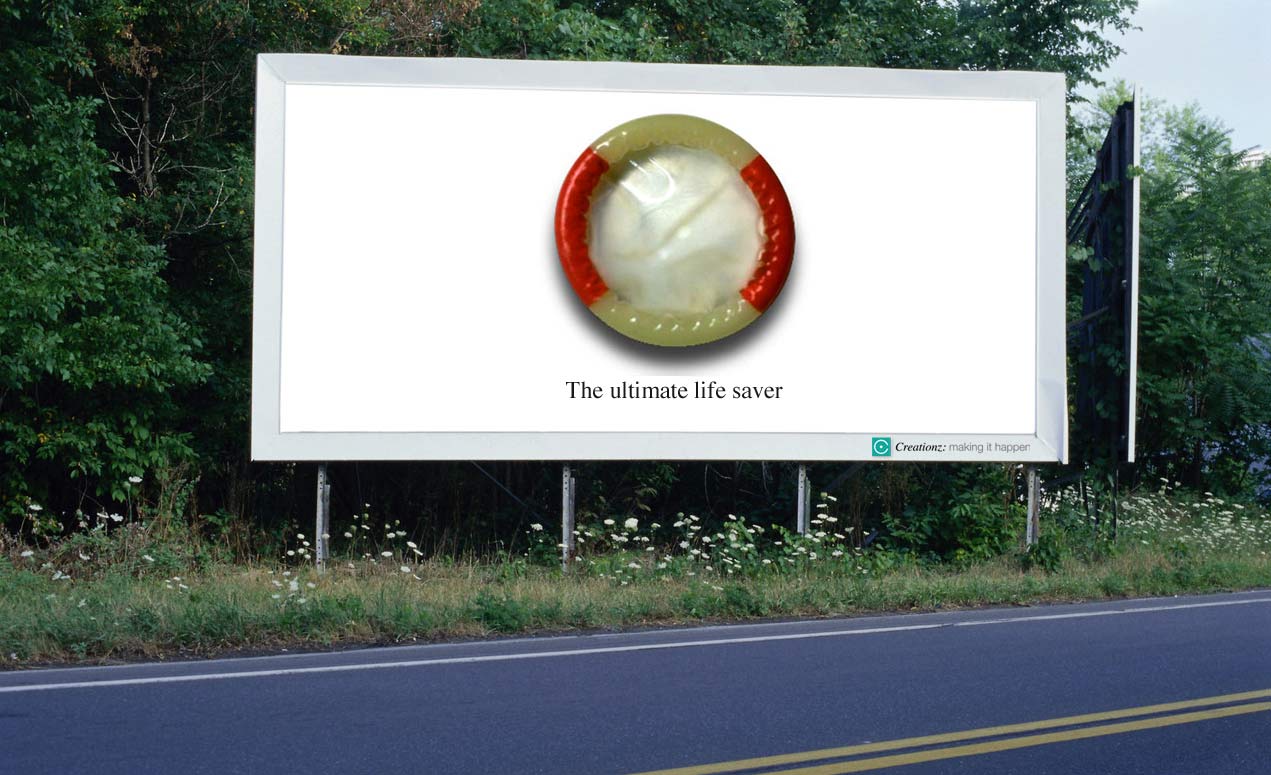 This billboard campaign designed in response to HIV and AIDS, was created in 1995 at a time when there was a lot of stigma and confusion around what could and still can only be described as an epidemic crises. Therefore a clean and memorable concept was deployed. The idea of the ‘Lifesaver” and the image of a condom were combined to form a simple but powerful message. Over a decade later the use of condoms still remains the most effective method of preventing the spread of this viral menace. This billboard also exhibited at the Royal College of Art, where he obtained his Masters Degree in Graphic Design and Art Direction.